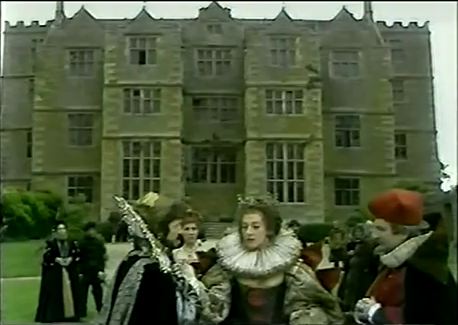 The Screen Plays season ‘Classics on TV: Jacobean tragedies on the small screen’ continues tonight at BFI Southbank with a showing of the distinguished 1972 BBC production of The Duchess of Malfi. Last March I wrote a full post about this production (which can currently be found, in parts, on YouTube), and today I am posting this shortened and slightly revised version; for additional discussion and full references, please take a look at the earlier version. I do very much hope that some of those who join us for the sold-out showing will contribute their responses to the production in the Comments below.

Shooting on videotape on location at Chastleton House, James MacTaggart achieves a fluid and compelling production of John Webster’s The Duchess of Malfi that is entirely credible – which is far from easy through the second-half bloodbath. Among its strengths are a vibrant performance by Eileen Atkins as the Duchess and some truly remarkable chiaroscuro camera work.

The Duchess of Malfi in 1972 comes from a moment that we might think of as a high-water mark for productions of classical theatre on television. In the early 1970s ITV continued to present occasional classics while on BBC1 Play of the Month, offering nine major productions each year, was a Sunday night fixture. 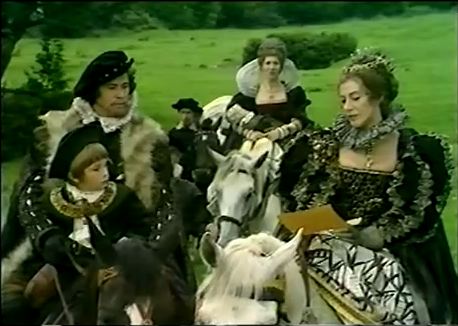 In 1970 BBC Television committed to an additional three two-hour productions of classic plays for BBC2 under the series title Stage 2, and this short strand ran from 1971 to 1973. Produced by Cedric Messina, as was Play of the Month, Stage 2 in 1972 included Ibsen’s Peer Gynt and Mrs Warren’s Profession by George Bernard Shaw, as well as The Duchess of Malfi (which was made as a co-production with Time-Life Films).

Two notable stage productions of The Duchess of Malfi appeared the year before the 1972 television presentation, one by Peter Gill at London’s Royal Court and another directed by Clifford Williams for the Royal Shakespeare Company. In her introduction to the Arden Early Modern Drama edition of the play, Leah S. Marcus notes that at the time, ‘literary critics were beginning to devote new attention to questions like patriarchal domination in the play and its connection with early seventeenth-century history and cultural artefacts.’ (The Duchess of Malfi, London: Arden Shakespeare, 2009, p. 106)

Leah Marcus suggests that Williams’ production ‘was self-consciously based on emerging Webster criticism from the universities’. James MacTaggart’s approach, however, while relishing the decorative elements of its early seventeenth century setting, adopts a more conventional psychological reading of the drama.

Chastleton House, its gardens and the adjacent parkland – all of which are used to considerable effect – ground the events of the play in a recognisably English milieu, which also acts to distance the action from its Italian court setting and associated political concerns. (The house was completed in 1612, Webster’s play was first performed in 1613 or 1614.) Cuts to the text reinforce the evacuation of the political context, with the lost scenes including the important opening exchange between Delio and Antonio about the ‘fixed order’ of the French court as well as the whole of Act V Scene 1 with its detailed discussion of a land ownership issue. 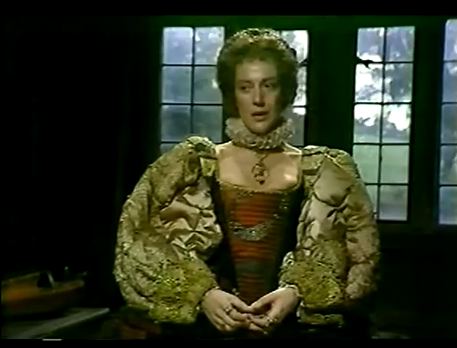 The influential literary critic Raymond Williams was television critic of The Listener at the time of the first transmission. In his informed review he contrasted what he described as ‘a relatively straight production’ with earlier understandings of the play which stressed ‘the arbitrariness of the violence, the exhibited distortions of the sexual feelings, the conscious playings with the bizarre and the insane’:

Perhaps the main reason for the straightness with which it was played was that it was set in a great house, so that the realism of a social location was persistently stressed. Also, the text, with less cuts than is usual, was respected in the speaking […] And then, as in the original, this spoken action created an active dimension within which the spectacular horrors were significant rather than instrumental or isolated. (‘Versions of Webster’, 19 October 1972, p. 515)

The plot of The Duchess of Malfi, briefly, centres on a widowed Duchess (who has no name, only a title) and her two brothers, one of whom is a cardinal. Neither brother wishes to see her marry again, in part to protect the good name of the family but also because Ferdinand, who is not a cardinal, harbours an incestuous sexual jealousy.

The Duchess secretly marries a member of her household, Antonio, and the brothers eventually discover this by means of their spy, Bosola. The Duchess flees, is captured, and psychologically tortured – there is a notorious scene set in which in pitch darkness she receives what she believes to be the hand of her dead lover. Her death by the agency of Bosola spurs his moral reawakening, but despite this he is only one of many who meet their death, messily, in the final act. 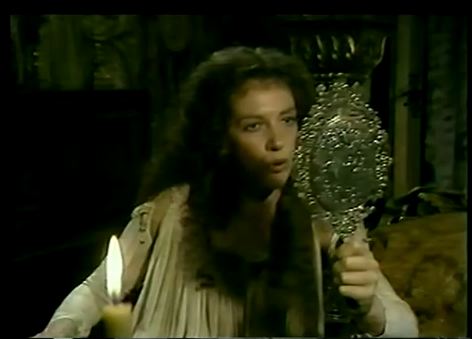 MacTaggart for much of the time plays down the horror, just as he encourages his cast to mute the passions that can be drawn from the text. In many ways, this is a low-key, almost introverted Malfi, and as such it is all the more effective on the screen. At the Old Vic recently Eve Best brought a fizzing, flirty energy to the early scenes, whereas Eileen Atkins is measured and controlled from the start. Her resigned dignity in the moments before she is strangled is particularly impressive, but prior to this her marriage is perhaps felt as motivated as much by convenience as love or lust. Michael Bryant’s Bosola is more than a match for the Duchess, and the translation of his monologues to interior speech, spoken in voiceover, reinforces his psychological complexity.

By 1972, James MacTaggart was BBC television drama’s most respected producer. As Oliver Wake’s profile for the British Television Drama website details, MacTaggart ‘was responsible for numerous stylistic experiments and technical innovations in the medium from the early 1960s until the mid-1970s.’ He was central to the formal experiments of Troy Kennedy Martin, Ken Loach, John McGrath and others in the early 1960s, and from 1965 he was the producer of the often controversial strand of contemporary drama The Wednesday Play.

In the early 1970s MacTaggart pioneered the use of electronic post-production techniques, and especially the employment of Colour Separation Overlay techniques, in his productions of Candide and Alice Through the Looking Glass (both BBC, 1973). He died suddenly in May 1974, at the age of 46 and less than two years after The Duchess of Malfi, having just returned from a filming trip to Tobago where he was shooting an adaptation of Robinson Crusoe.

The Duchess of Malfi exhibits none of the electronic trickery of Candide or Alice…, but its location-based videotape camerawork is just as bold and equally cutting-edge. There is a fluid quality to much of the camera movement, as with the continuous track back (lasting 1′ 42″) with the Duchess saying farewell to her brothers in front of the house. Note too the effortless use of the different levels of the house, with several scenes being set on staircases, indicating perhaps uncertainty and a lack of fixity. 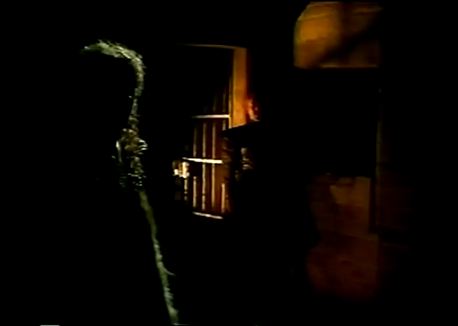 The most notable feature of the production, however, is that many of the interior scenes make extraordinary use of shadows and deep pools of darkness. Subtle lighting, sometimes seemingly from candlelight alone, picks out just the silhouettes of characters. Bright doorways are set far back in frames with the most minimal foreground detail. This is a dark, dangerous domain, suggestive, as John Buckingham has noted, of film noirs of the 1940s and early 1950s with their ‘shadows and menace, an appropriate metaphor for an uncertain world of treachery and murder’.

The visual contrast, literally, with harshly overlit studio dramas of the time (such as the 1974 Play of the Month production of Thomas Middleton’s Jacobean drama The Changeling) is remarkable, and the achievement of MacTaggart and his team (Tommy Thomas is credited as ‘lighting technician’) is all the more extraordinary given the comparatively crude technical development of videotape recording at the time.

Many television productions of stage plays from forty years ago (and sometimes much less) require a certain sympathetic understanding, even forgiveness, to be watched with pleasure today. We are required to recognise the constraints of the studio, the limitations of its imposed aesthetic, the impediments of limited time and modest budgets. James MacTaggart’s The Duchess of Malfi, however, needs no such apology.