Terence Rattigan on television — and DVD

Benedict Cumberbatch makes for a genial and thoughtful presenter of BBC Four’s The Rattigan Enigma (available on BBC iPlayer until 8 August). (The full title, oddly, appears to be The Rattigan Enigma by Benedict Cumberbatch; I can’t recall a similar claim of authorship on the part of a host.) This very watchable documentary assembles a good cast list (directors Thea Sharrock and Terence Davies, David Hare, biographer Michael Darlow, former partner Adrian Brown) and does a more-than-decent job of exploring the playwright’s life, work and contradictions. But despite the availability of rich television archive (of which more below) most of the illustrations are drawn from feature films, and the only television productions of Rattigan’s stage plays to feature are the BBC After the Dance (1992) and Anglia Television’s Cause Célèbre (1987, and available on DVD). 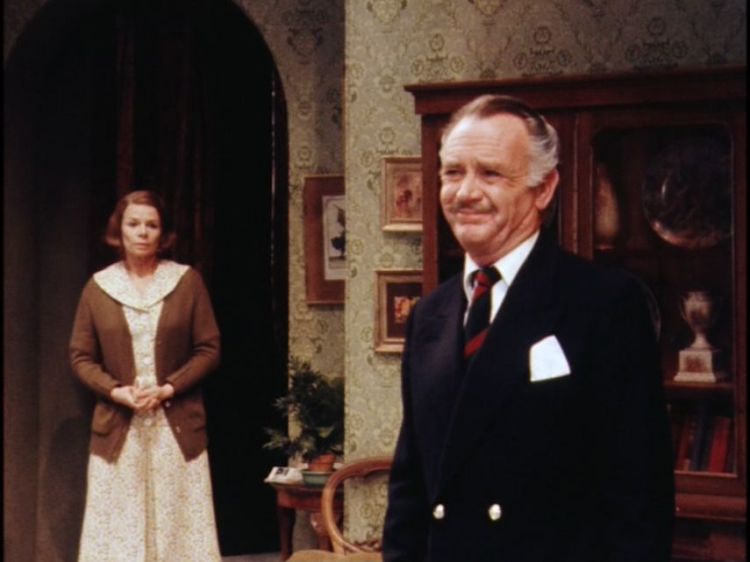 The centenary of Rattigan’s birth is the prompt for this rare BBC arts documentary about the theatre. The date has also shaken lose some true treasures from the archive, released by the BBC’s DVD label 2 Entertain in a five-disc box set, The Terence Rattigan Collection. I have listed the nine productions below, and over the coming weeks we will review each of them here. Today I want both warmly to recommend the set and to muse on two questions that it prompts. The first is to ask, particularly in relation to two precious fragments of filmed stage productions, why 2 Entertain can be so casual with their contextual materials? And the second is to explore what’s missing from the box-set: are there other BBC Rattigan productions that might have been included?

I am delighted that the box-set features two short sections of filmed stage productions, which were presumably originally shot for broadcast review programmes. The accompanying booklet lists the play title, cast and theatre for each, but it is immensely frustrating there are no other credits either in print or on the screen. John Mills and Jill Bennett feature in a three-minute excerpt of Rattigan’s Separate Tables, filmed at the Apollo Theatre. It is not hard to discover online that this is from Michael Blakemore’s 1977 production, for which you can find the full cast here at Theatricalia.com. 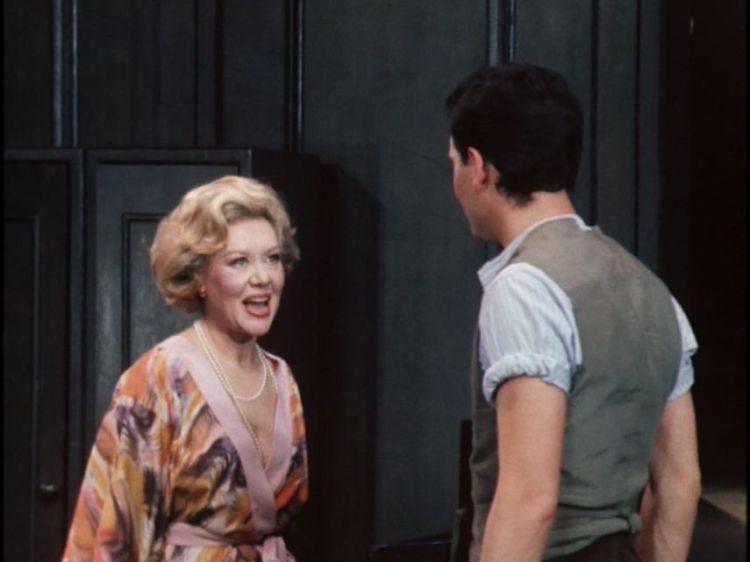 Similarly there are two extracts, totalling five minutes, from a production of Cause Célèbre. Filmed in preview at Her Majesty’s Theatre. this stars Glynis Johns (you would think that the booklet could spell her name correctly), Neil Daglish and others. The footage in fact is of the play’s premiere production which opened on 4 July 1977. Although very ill, Rattigan managed to attend the first night of his last play. He died in November that year.

(The notes prompt similar frustrations because they do not include the name of the directors of Separate Tables and French Without Tears. Elsewhere, Karel Reisz is credited as producer of the 1961 Adventure Story when in fact it was Rudolph Cartier. Also, while the essay runs through Rattigan’s life, there is no consideration of these productions as television.)

And what’s not included? Terence Rattigan’s first original play for television was The Final Test (BBC, 1951) but no copy of that survives. Prior to that the BBC had staged a 1950 production of Adventure Story but this too is long gone. Similarly lost are Ronald Eyre’s 1958 BBC production of French Without Tears and Saturday Playhouse: While the Sun Shines (1959, BBC), produced by Vivian A. Daniels. Cedric Messina directed a BBC production of Ross in 1970, but once more no recording survives. Nor, extraordinarily (given that it is 1974 and so relatively recent) is there any trace of Rudolph Cartier’s BBC adaptation of The Deep Blue Sea. But for Theatre Night in 1989 Michael Darlow directed The Winslow Boy with Ian Richardson, Emma Thompson and Gordon Jackson — and this does not feature in the box-set. It appears to be the only BBC production that exists and might also have made it into the selection.

You might think, given his class associations, that the playwright was more obviously a BBC writer than one who was embraced by ITV. Yet the commercial network’s productions (in addition to the 1987 Cause Célèbre) include an early version of The Browning Version made by Granada for Television Playhouse in 1958 (and long lost), Armchair Theatre: High Summer (Thames for ITV, 1972), directed by Peter Duguid (which survives) and the glossy Nelson biopic A Bequest to the Nation (Whitehall Films / Carlton for ITV, 2002). An earlier version, titled Nelson – A Study in Miniature was directed by Stuart Burge for ATV as a Play of the Week in 1966. In the same year the series also broadcast Variations on a Theme (director: John Gorrie) and another The Browning Version (director: John Nelson Burton). Two years later, in 1968, ATV also contributed Who is Sylvia? to the strand, in a production by Valerie Hanson.

In Praise of Love, directed by Alvin Rakoff, was made by Anglia in 1976 (and survives). There also appears to be an archive copy of a fifty-minute adaptation of Ross produced by ATV for the Golden Drama series, which was made in association with the Combined Theatrical Charities Appeal Council. (This series and its co-producer is particularly intriguing, and it deserves further investigation.) [See Comment below for correction.] There is also a HTV West presentation of Separate Tables from 1985, but this seems never to have achieved an ITV network screening. Strangest of all, perhaps, is the idea of Rattigan’s Man and Boy, produced by Anglia for ITV in 1971, with Telly ‘Kojak’ Savalas heading the cast. Anglia also made Harlequinade in 1973, once again directed by Alvin Rakoff.

All that said, let us celebrate the availability of the following, each of which is included in full on The Terence Rattigan Collection.

• Sunday Night Theatre: Adventure Story, 12 June 1961, directed by Rudolph Cartier, with Sean Connery, Margaretta Scott. (A full cast list and other details can be found at MemorableTV.com; details of the 1950 production are here) Update: the production is discussed in a separate Screen Plays post here.

• The Largest Theatre in the World: Heart to Heart, 6 December 1962, directed by Alvin Rakoff, with Kenneth More, Ralph Richardson and Derek Francis.

• A Touch of Venus: All on Her Own, 25 September 1968, directed by Hal Burton, with Margaret Leighton and Nora Gordon; a nineteen-minute monologue that is one of thirteen written for famous actresses.

• Play of the Month: French without Tears, 16 May 1976, directed by John Gorrie, with Nicola Pagett, Michael Gambon, Anthony Andrews.

Note: for further details about Rattigan and his work, the website Terence Rattigan is a good place to start; Michael Darlow’s critical biography Terence Rattigan: The Man and his Work (Quartet Books, new edn. 2010) is the best book.

10 thoughts on “Terence Rattigan on television — and DVD”